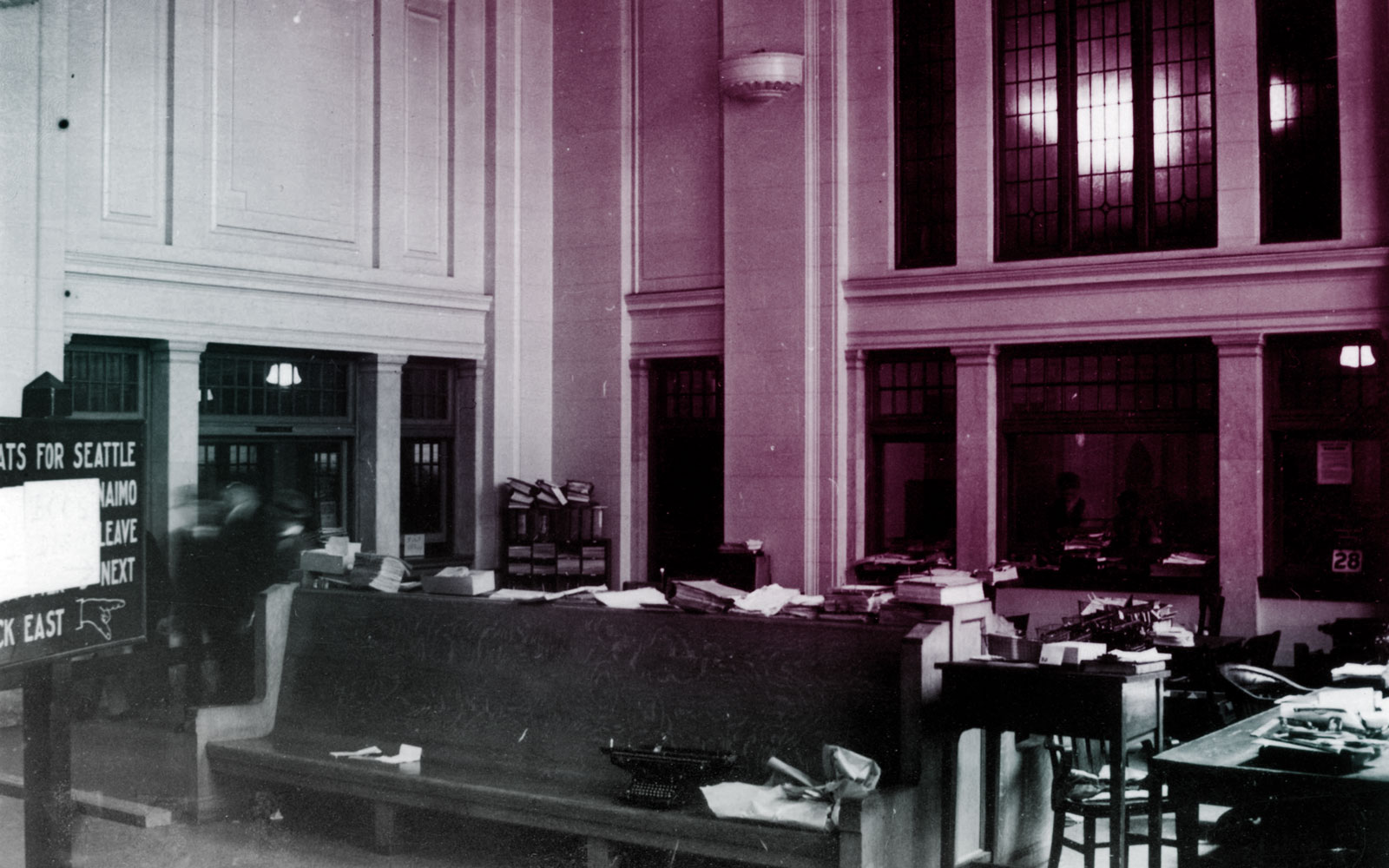 They are back without incident, thankfully. J. is back to work, and she has A. over for lunch. A. brings a sample of her photographs from the fire. The one of the waiting room makes her think about the afterlife for some reason. Like everyone has been suddenly called up.

A. says how eerie it was in the room with no one there.

She also starts to tell her about her friend who owns a commercial photography studio who is looking for an apprentice….She can’t believe her ears. A potential dream job landing right in her lap. Why is this happening now when she might not even live in Vancouver anymore. She tells A. she will go for an interview on Friday and worry about the consequences later. It will be at least a couple of months before J. works everything out —if — they move to Seattle.

She is a bit breathless with excitement and slightly giddy.