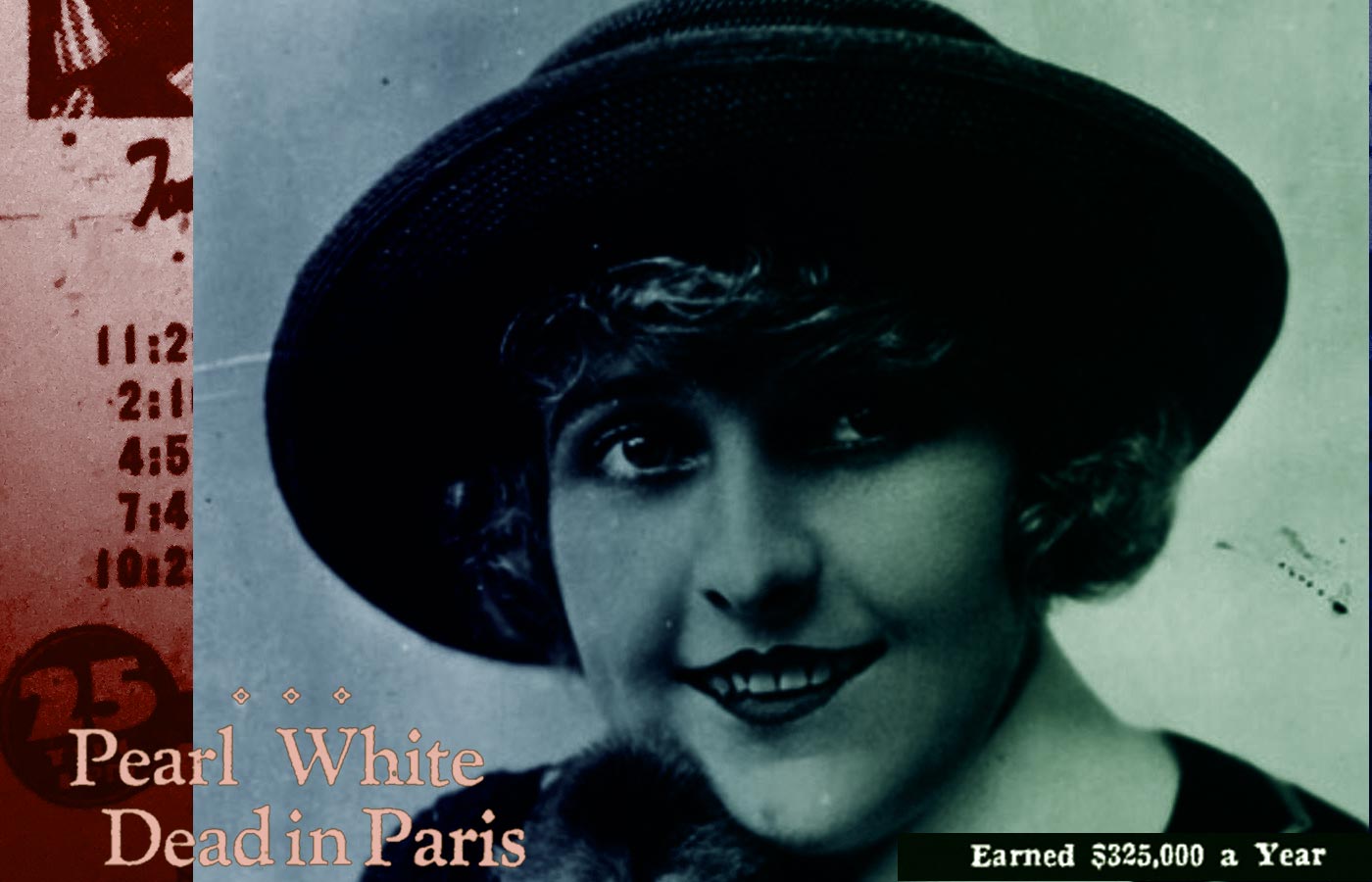 Aug 4, 1938 – United Press
Pearl White, star of the early motion pictures, died today at the American Hospital. The blond beauty who thrilled millions of people by her adventures in such movie serials as “The Perils of Pauline”, “The Exploits of Elaine” and “The Mysteries of Paris”, had retired on the fortune she made as one of the great all-time stars.
Miss White was 46 years old. She died of liver infection.

J. puts down his drink as she reads him that last line. Pearl White was before their time, but he remembers his aunt enjoying those movies. And once when he was about 11, he snuck into the theatre and watched “The Perils of Pauline”, although he’d forgotten the name till now. Yet it might explain why he named their cat Pauline.