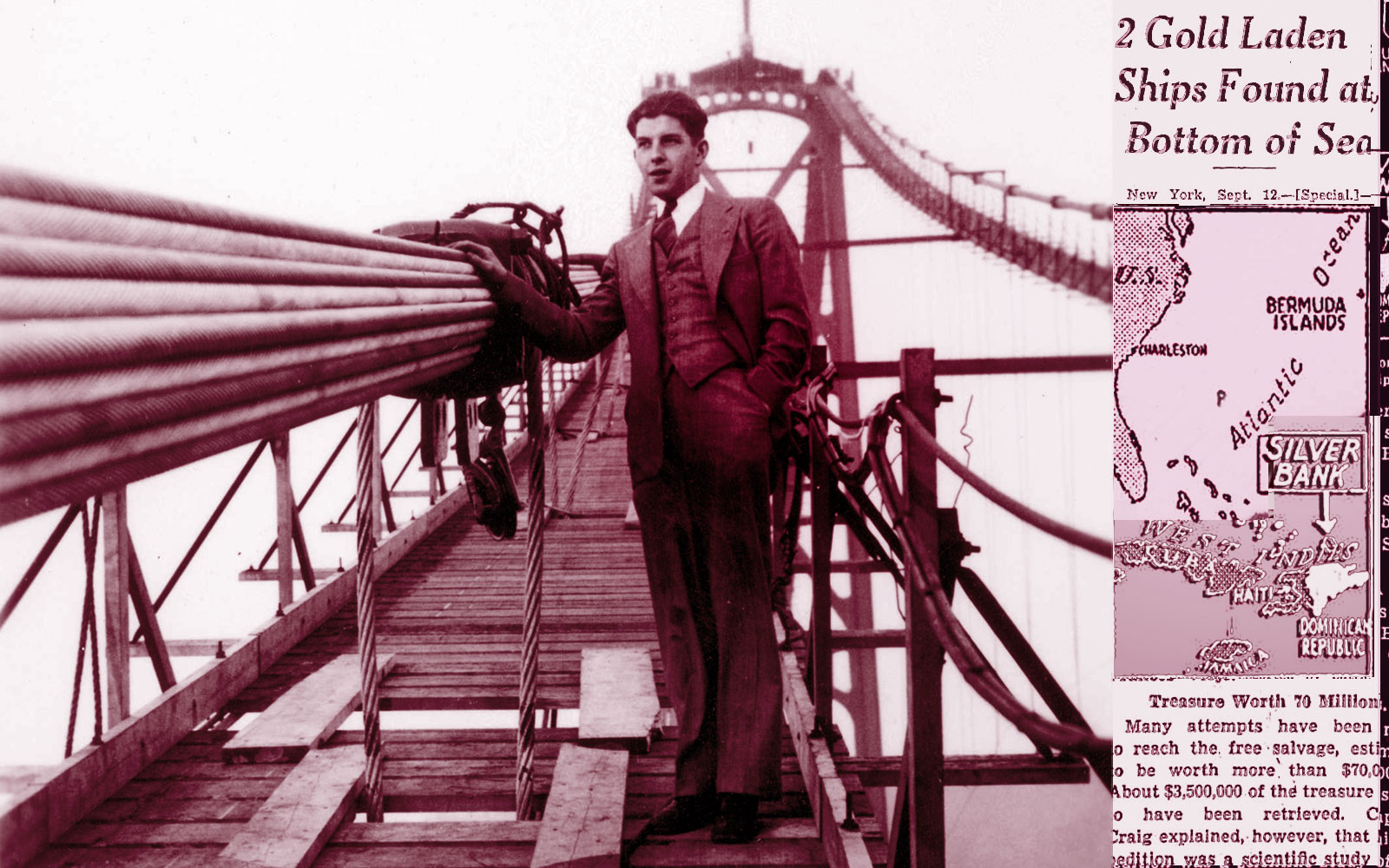 Two Spanish galleons, part of a fleet of treasure ships wrecked more than 300 years ago, have been found ont he sea bottom in a coral forest off the north coast of Dominican republic…Treasure Worth 70 Millions

The amount boggles the mind. She takes pen to paper to calculate what percentage of that amount would free them from work for life. It is far less than one percent. Then she thinks if, if, she does get the job, what amount would that add to their annual income?
There has been no word from R. She taps her fingers.

The Lion’s Gate Bridge is almost complete. She might take a visit downtown tomorrow.