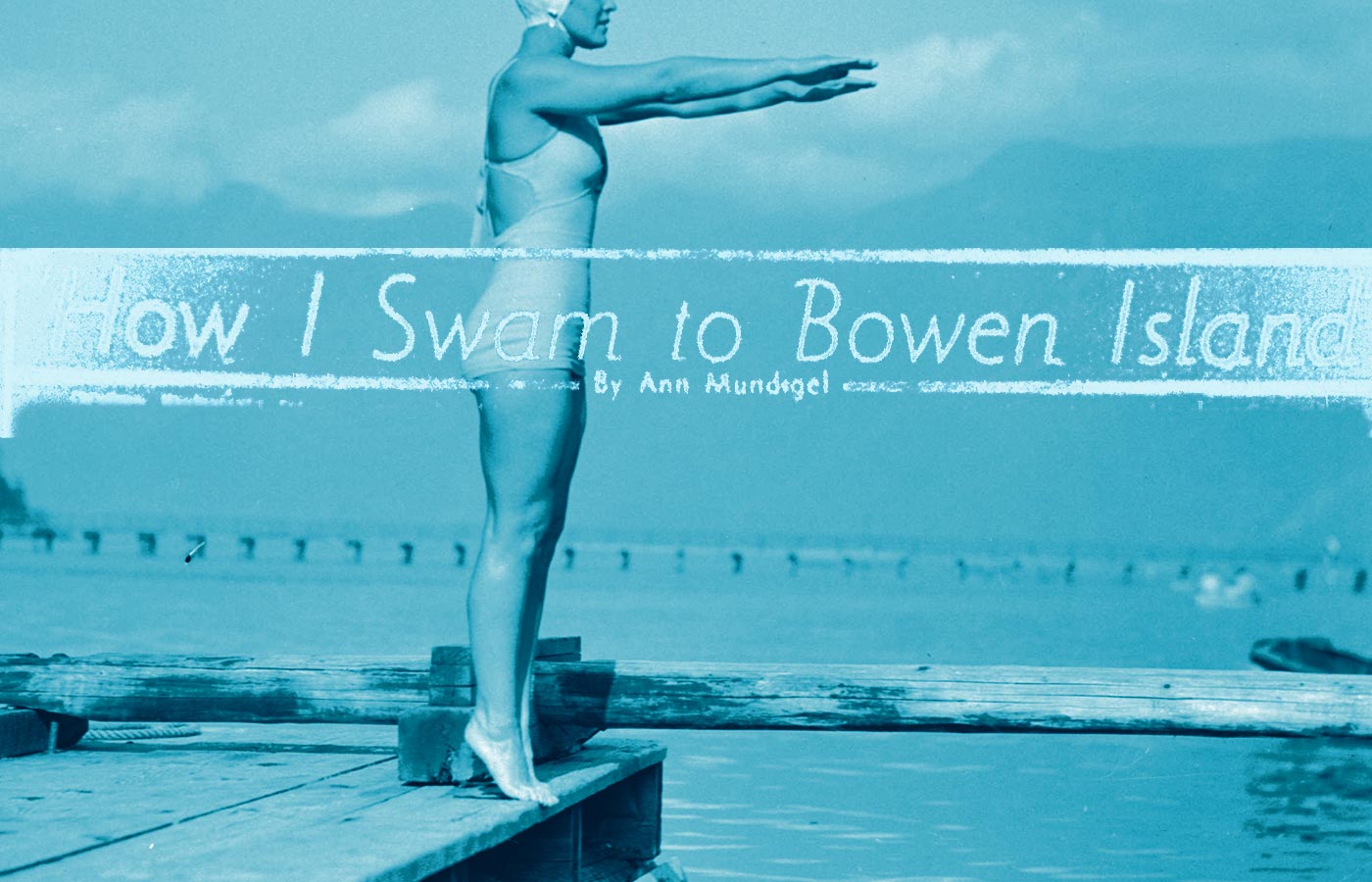 She catches up on yesterday’s newspaper headlines.

Ann Mundigel swam to Bowen Island on Saturday, in 7 hours and 14 minutes! Imagine.

“How I Swam to Bowen Island…

My mother and brother did a lot to cheer me along as I fought to get out of that terrible current…Nigel Dodge, another man in the boat following me, said he’d like to sing a song at this stage of the swim, so I put my head down and tore right in. Anything to stop him from singing I can’t stand crooners”.

[Sidenote 1: This image is not of Ann Mundigel’s swim. It is taken on Bowen Island however. Altered, as usual.

City of Vancouver archives – CVA 99-2870 Wrigley’s annual swim at Bowen Island – photographer Stuart Thomson, 1881-1960., born in England, raised in Australia. Started his career as a railway worker and took up photography as an amateur, then became a professional photographer]

Lard and Yards
“In 1938, 19-year-old Annabelle Mundigel became the first person to swim from Vancouver to Bowen Island. Not until years later did she reveal that she had slipped out of her bathing suit shortly after starting, handed it to her mother in a following boat, and swam the rest of the way clad only in lard. Yards from the island, she put the suit back on.” —Vancouver Sun, 2010 ]