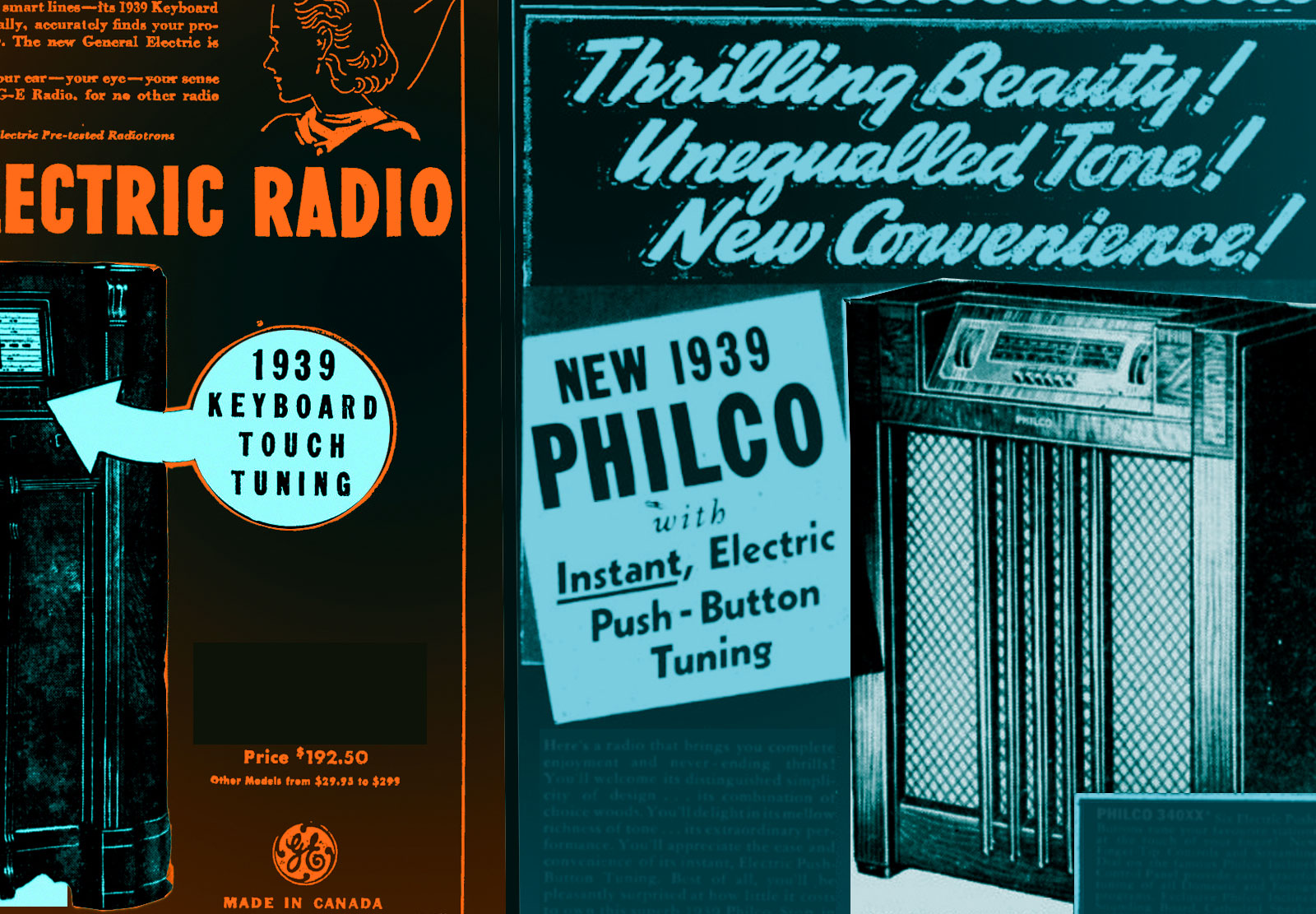 So the knock at the door, dear readers, was not that of A. and R. about to serve her both good news and her comeuppance of sorts (for having kept her own secret). No, it is a travelling salesman with samples of the 1939 model radios!

J. loves radios. She is swept into the demonstration, and indeed it does seem marvellous.

The price tag is steep. There is a payment plan option. She wonders what the point is if they are moving anyhow. He argues that it will keep her company during the week and when he’s back how much enjoyment they can both get out of it. Also that then they would have two radios, so they could have his and hers shows.

She begins to warm to the idea and her anger thaws by 7 degrees.